This blog was written by:

We’ve just got started in the world of off-road, and as beginners where better to start than with a Jimny! We’re in the UK so we’ve got loads of local lanes to explore, so after finding a great little car online one Saturday morning we just went out and bought it! 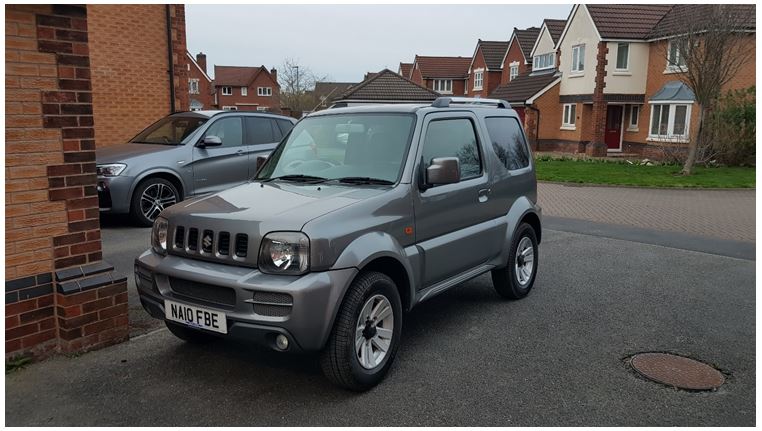 We spent several months out testing, and even did an off-road tour with a group in North Wales with the car completely stock. 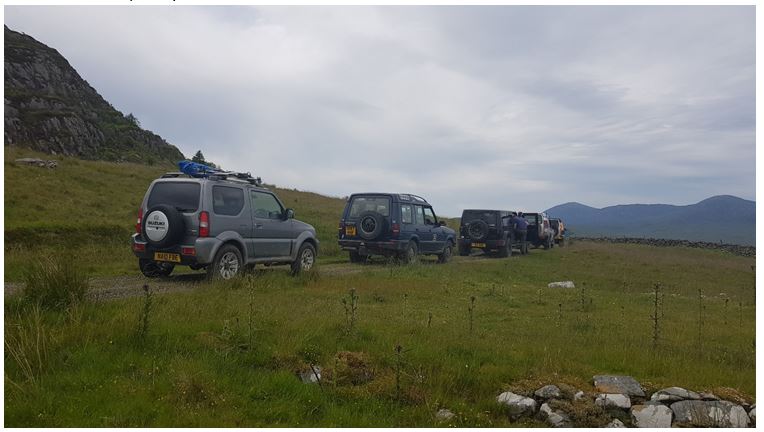 Whilst we were amazed by the capabilities of this little thing without any work done at all we quickly discovered a few things that we thought would make a big difference:

So with the initial testing out of the way we started looking at suppliers, and while there were a few in the UK that stocked individual items, no-one had everything we needed at a reasonable cost, especially bumpers and suspension. By pure chance we stumbled onto https://des-sol.co.za/ via a Youtube video they’d posted about doing the work we wanted to do – and within minutes I’d dropped them an email.

We found that we could get everything we needed, specially designed and specified for our car, at a very reasonable price. After a few weeks deciding how to get the stuff shipped to us, it was in a container and on its way! The next 2 months as it crossed the oceans built up some significant anticipation and I found myself on ship tracking websites more often than I’d like to admit, but on a cold November morning it all arrived. 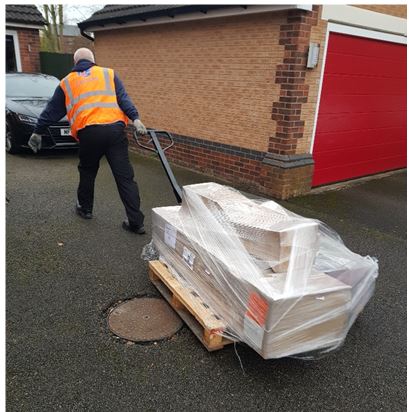 We had decided having watched the Des-Sol Utube video https://des-sol.co.za/suzuki-jimny-upgrades-with-des-sol-slimline-bumper/ that we were going to have a go at doing all the work ourselves and set up the car in the garage. 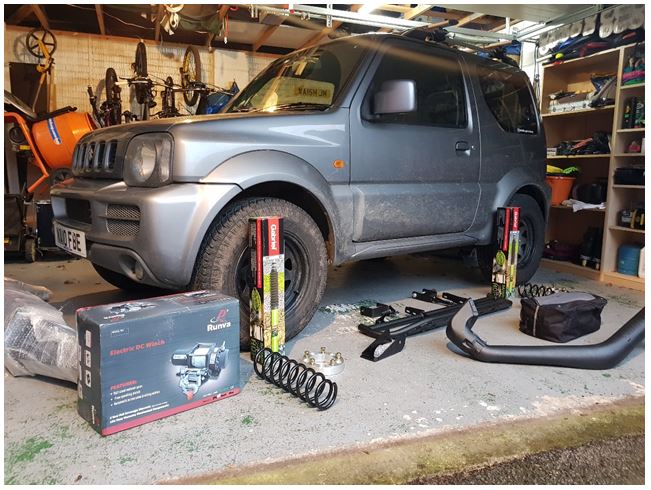 Starting at the front end of the vehicle we did the radius arm protection and front suspension first, after removing the original front bumper. 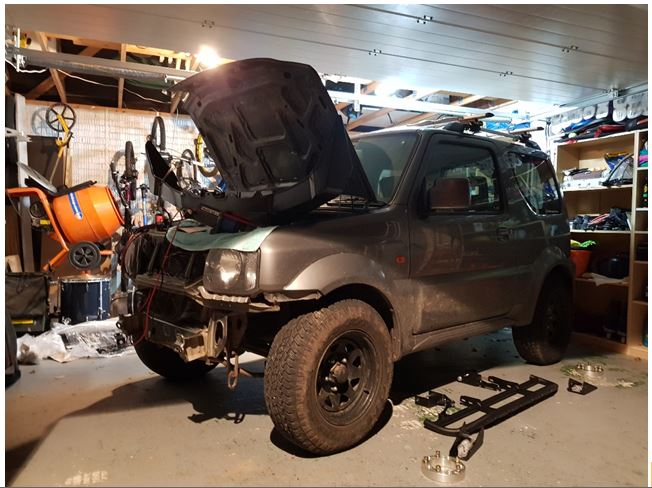 We only ran into two challenges with this, firstly removing the original fog lights from their housing and secondly removing the old front shocks. The bolts had seized into the bushings and we cut them out with a reciprocating saw. Whilst the old springs easily popped out we used some simple spring compressors to put the new coils in – to save us dismantling the brakes too.  As we’d cut the shock bolts we replaced the original lowers with M12x60mm Fine Thread High Tensile bolts. 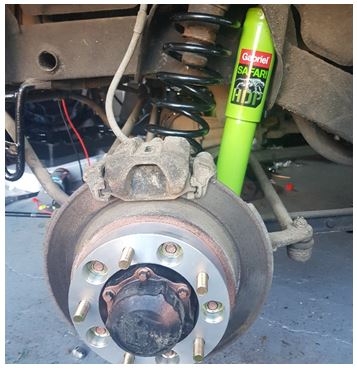 Once the front suspension was done we moved onto fitting the wheel spacers and snorkel, and the snorkel template provided made this a very easy job with a little adjustment of the holes afterwards. The large repair washers provided in this kit were excellent and provided us with a lot of confidence in the security of the final fit! 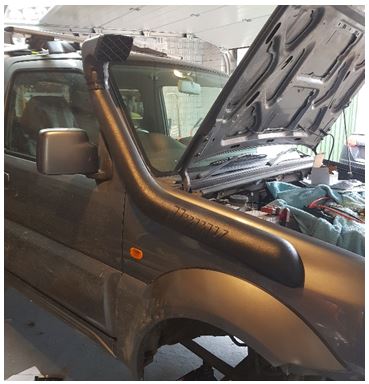 We fitted the new bumper and winch next which was really easy to do following the Del Sol video. Our old recovery points needed a little bit of adjustment forwards but the final fit was really neat, and the winch sits neatly inside the bumper. 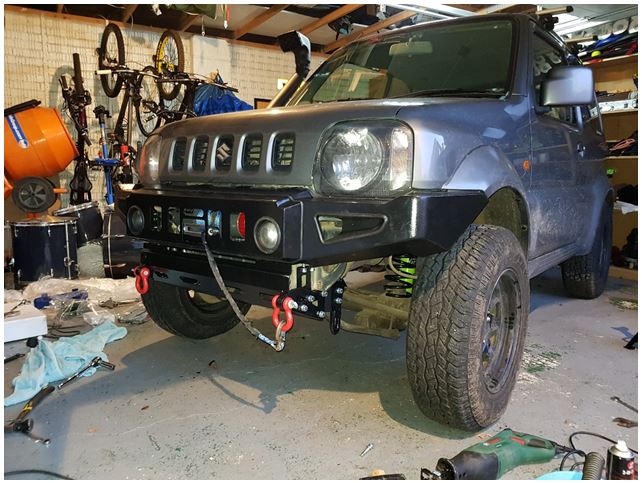 After the bumper we moved to the rear suspension and the bolts this time came undone very easily (If you’re interested the rears need 2x M12x60mm and 2x M12 x 70mm in a metric fine thread too but we didn’t need them). The springs too were an easy fit as you can drop the rear axle much lower before brake lines become an issue.

The final job was adding the rock sliders to protect the sides of the vehicle and following some simple instructions given to us by Des-Sol, this was probably the simplest job of all! Overall we were so impressed with the quality of all the parts provided, especially the bumper and rock sliders, they are perfect for the car and look stunning. 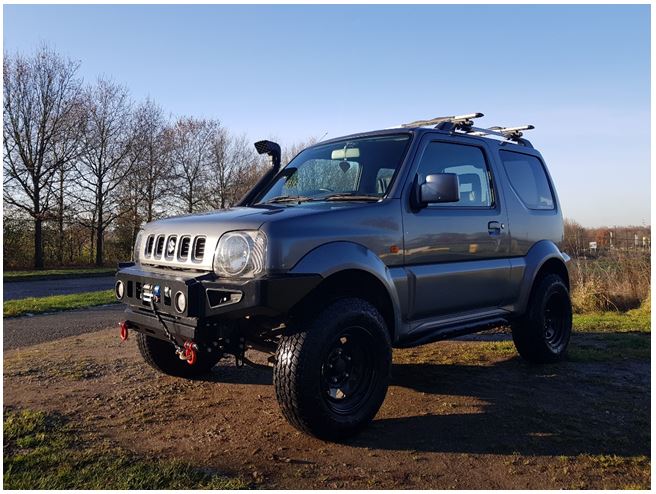 Luckily for us the weekend after we’d fitted everything there was a pay-and-play day at the local quarry, where we got a chance to really test everything that had been done to the car. We were absolutely blown away with the difference these small modifications had made. The clearance at the front of the car and stability over rocky climbs blew us away, we didn’t scrape a radius arm the whole day! We managed to rescue two other vehicles with our new winch including these unfortunate souls in a Vitara 😊 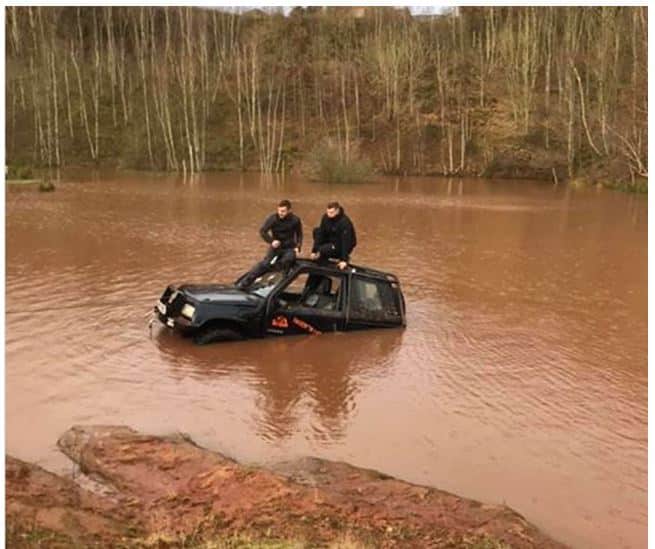 Overall making the changes we have made has transformed the car for the better, on and off road, and we would highly recommend anyone wanting to get out an about in a Jimny to make similar modifications. The car was capable stock, but it’s unstoppable modified! A big thank you to all the guys at Del Sol for the support choosing the parts we did, and for the helpful videos to allow us to self-fit it all, cheers, and happy off roading! 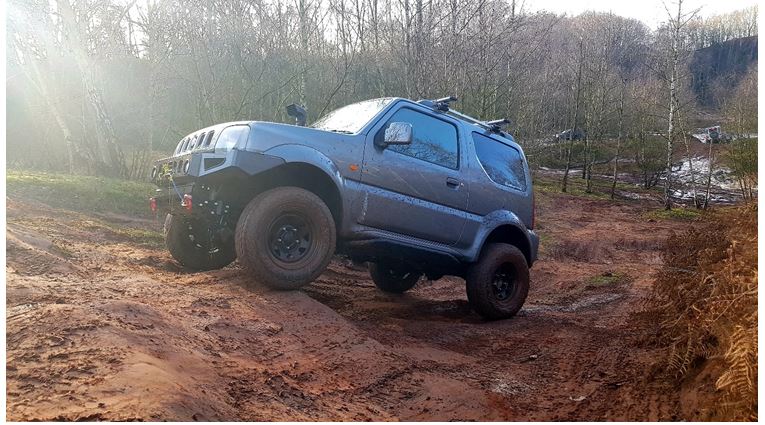 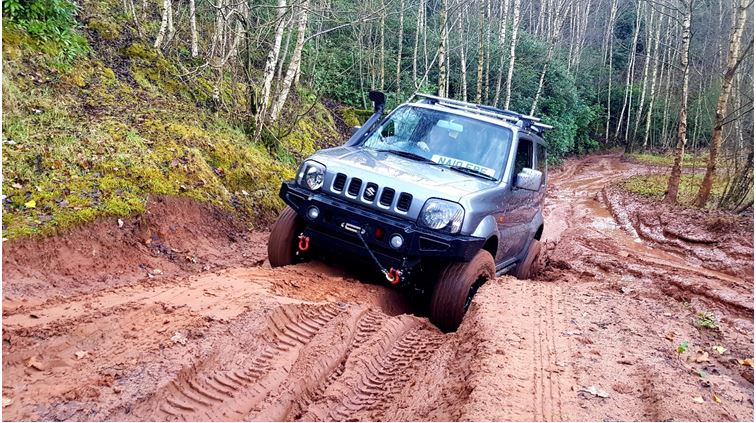 For anyone wanting to follow Chris & Jon’s adventures in their Jimnyin the UK please visit https://www.instagram.com/weboughtajimny/?hl=en 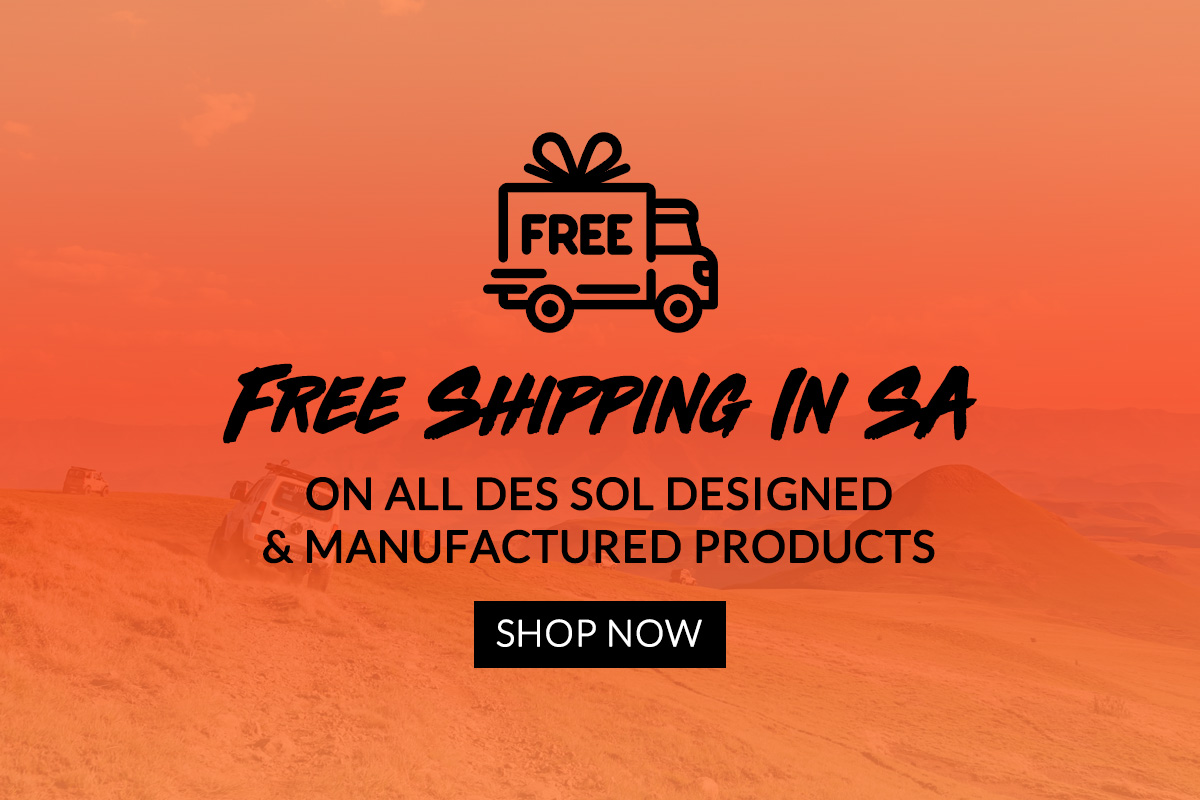